Quick hits today, as I’ve just achieved getting to Boston for the NHL Tweetup. (I also definitely just tried to Twitter hashtag that as well)

>The Springfield Falcons….. suck. We drove in and watched them play the Peebs, who also, um, right now kind of made of suck, and I was blown away by how small the Falcons arena was and how many people there WEREN’T there. I do know that Hershey pulls in 6,000 on a small night at the GC, but there weren’t more than 500 people total at the MassMutual Center.

>Speaking of Falcons and sucking, Kip Brennan is still alive, for all you Bears fans. Still alive and still taking silly penalties. Also alive, Dean Arsene, wearing the C. It’s a little bizarre seeing him in another team’s jersey still, and I can only imagine what it’s like going from a yearly playoff contender to… well… not a yearly playoff contender, but he’s still around, still playing like the Mayor of Chocolatetown, as far as I can tell, still staying classy, and still shoving people over to get them out of the scoring lanes. (I did get a few pictures of him, wait for it and I’ll get them up as soon as I re-find my photo processing software)

>Speaking of photo processing software, one of the reasons I’ve been scarce lately, for those of you who didn’t know, is because I recently had basically ALL OF MY electronics die at once-I lost the phone screen, got a virus on the computer, and have been fighting with that, holidays, and everything else all at once.

>On a hockey related note again, just because nobody else has commented on it to my knowledge, anyone else seeing Boyd Gordon’s current back ailment and Eric Fehr’s previous back issues in the same lens? Now that Gordon is back, the parallel is a liiiiiiittttttle harder to draw, but it seems fishy that two players from the team would miss a significant amount of time (Gordon a month and a half, Fehr almost a season) for back problems that were “unexplained” or spasmy. I’m nothing like an expert on back pain, but could it be something in the way both of them are playing or training?

>As for anything else, stay live on my Twitter feed for the rest of what’s going on-I’m in MA for about five days running around and doing a whole ridiculous amount of hockey stuff, some of which will get posted here and some which will only show up on Twitter.

But in a parting shot,

CONGRATS TO ANDREW GORDON FOR MAKING THE AHL ALL STAR CANADIAN TEAM! Way to go, kid! 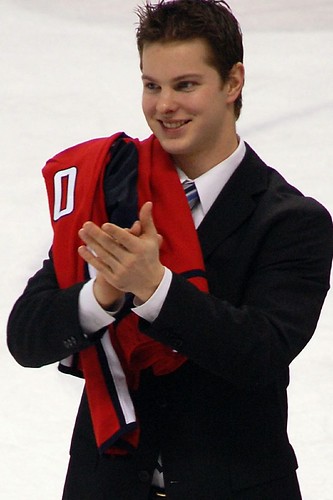