Is it possible to hijack your own blog? Because I think I’m about to do it.

I’m a virtually native Portlander…. as in Oregonian. I wasn’t born there, but that’s the place I remember living all of my life. That’s where I still consider myself ‘from’.

Contrary to popular belief, Portland has a hockey team. I know, it’s bizarre this day and age, hockey in the Pacific Northwest, but back in the day the Portland Rosebuds of the Pacific Coast Hockey League were the first team in the USA to compete for the Stanley Cup. As a historian, I’d also be remiss if I omitted the fact that the PCHL was a pretty damn direct predecessor to the NHL, so there’s a good bit of hockey history all wrapped up nicely in the Portland area.

But all of that’s in jeopardy as we speak.

Portland was just awarded it’s MLS franchise, the Portland Timbers. Awesome. My father is already salivating, even though games don’t start until 2011. Portland’s a huge soccer town, so I’m all for putting a team where it’ll make money (nudge nudge, Bettman).

As the Oregonian reports, momentum is building for a plan that will demolish the Memorial Coliseum and put a baseball stadium up there. The catch? The Memorial Coliseum is where the Winter Hawks play 90% of their home games. Essentially, if you take the Coliseum down, you’re either forcing the Hawks to share with the Trailblazers in the Rose Garden, or you’re axing the Hawks.

With 33 year tenure in the WHL, this is a travesty. Granted, the ‘Hawks have been sucking for the past three years, but they just revamped the organization, hired new people, found new owners, and pulled out of last place in the standings. They’re first in the bantam draft. They’re looking to bring in Europeans (and you know how I like a good Finn). They’ve proven that they CAN pack the Coliseum when publicized well, and they’re on the upswing.

If you have any desire to keep this team around, GO WATCH THEM if you’re in the Portland area. Buy a partial season ticket plan for next year. Show them that it’s worth the hassle of sharing an arena with an NBA team. Talk to people about the team. If you have relatives in the PDX region, encourage them to go.

If nothing else, follow a Winter Hawks blog:
After the Whistle
Oregon Live

And if you can’t do that? At least check in on your local WHL/OHL team once in a while… you never know when you’ll catch the Next Big Thing in action. 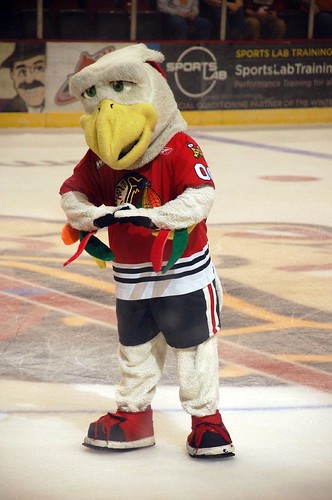