The fluffy news first, Deano gets his moment with the Calder at home in Abbotsford. Sounds like the Abbotsford area is totally stoked to have the Heat out there next season. What really interests me though, is the fact that the Abbotsford Heat will be the farthest west team, and will more than likely have to fly to the majority (if not all) of their away games. Now granted, the NHL flies EVERYWHERE, but we’re talking AHL, minor league, smaller budget, adores trapping players on Epic Bus Rides. I just wonder, without the time in grade that the Bears have, and the previous backing of that many fans bringing money in, how long will the Abbotsford Heat last, if they’re kind of a mediocre team?

Also, we bid farewell to Daren Machesney, who signed with (of all teams) the Manitoba Moose. 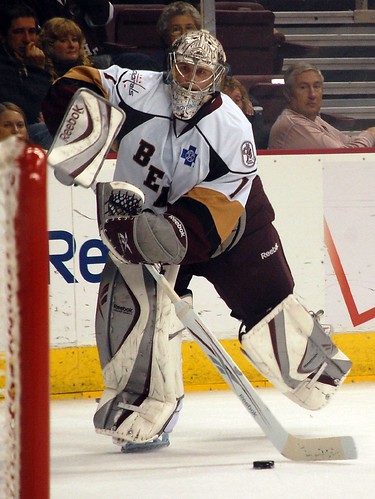 This one hurt a little less than some of the others, because it was like Game Seven of Caps v. Pens-as soon as it started to suck, you saw it coming. I will always appreciate Cheez’s willingness to get up in front of the media in the middle of last season and basically say “Yeah, I’m sucking right now,” without trying to pussyfoot around it. Sorry you got shoved out by the kids, Cheezer, but best of luck in the future.

Anyone else see the crazy similarity in the face between Hauswirth and Beagle? 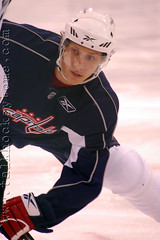 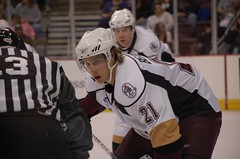 They’re really trying to prove my “there are only twelve faces in hockey” theory, aren’t they?